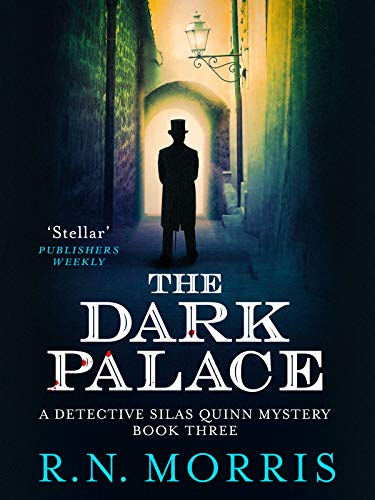 London, April 1914. Against his better judgement, Detective Inspector Silas Quinn is attending the premiere of the new motion picture by notorious Austrian film-maker Konrad Waechter. But the glamorous event is interrupted by the piercing screams of a young woman in the street outside. She has been viciously mutilated in a horrific attack which eerily echoes a macabre act of violence in Waechter’s film.

As he questions those who attended the premiere, Quinn’s jaundiced view of the fledgling film industry as a business based on illusion and pretence, where no one is what they seem, appears to be justified. But when members of London’s Establishment start to receive bizarre hand-delivered parcels containing the strangest of contents, the investigation takes a disturbing twist.

“stellar… Ruth Rendell fans open to stories set a century ago will be well satisfied.”

“The plot … kept me entertained and transfixed until the very last page. I did not want this book to end, it was such a fascinating historical page turner. May this author write many more novels of this high quality in the future. Recommended.”