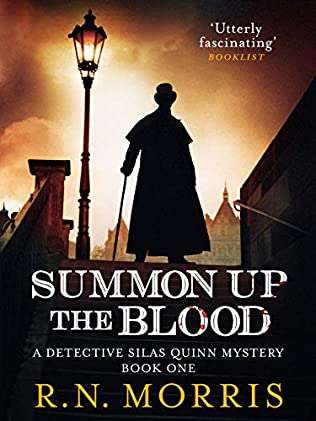 Summon Up The Blood

London, 1914. A killer is at liberty in the dark alleys of the city. His victims have one thing in common: all the blood has been drained from their bodies. Who could do such a thing – and why would he want his victims’ blood?

As the killer’s reign of terror continues, Detective Inspector Silas Quinn of Scotland Yard’s Special Crimes department realizes that, in order to catch his prey, he must enter the mind of a truly twisted individual and learn to think like the killer himself.

His search will take him through London’s squalid back streets, seedy Soho clubs and louche aristocratic watering holes, focusing finally on the members of an exclusive gentleman’s club …

“An engrossing and disquieting Sherlockian entry.”

“… his sense of the historical moment is strong”

“… a fascinating example of historical crime fiction at its best featuring a complex new detective, Silas Quinn and set in a pivotal era in world history.”