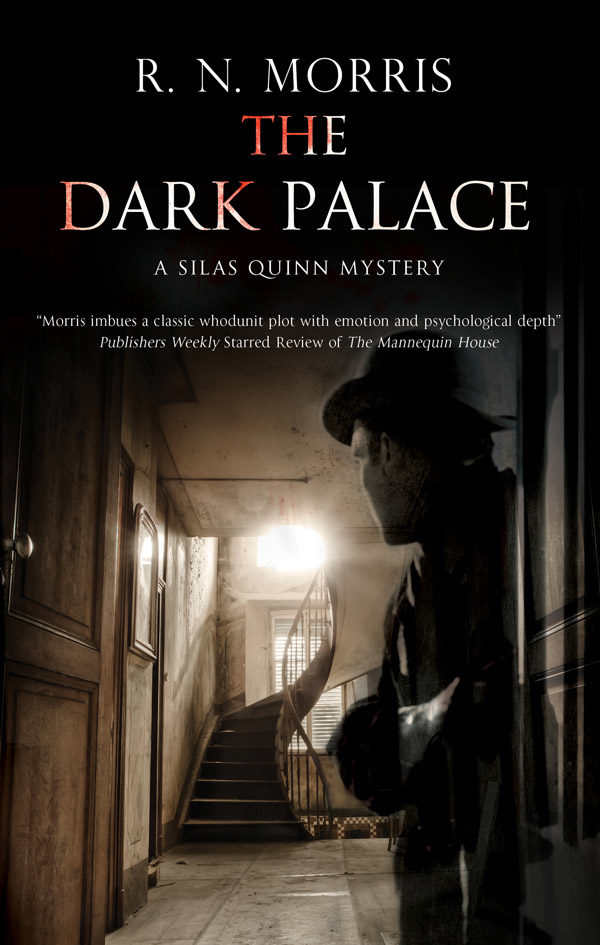 These things change quickly, but right now the ebook of The Dark Palace is just £1.65 on Kindle. In a starred review, Publishers Weekly said of it: “stellar… Ruth Rendell fans open to stories set a century ago will be well satisfied.” Booklist described it as “a gripping read” and Kirkus Reviews commented on its “Dickensian zest”.

So what are you waiting for? Click here to buy a copy. Cheaper than a posh coffee and it will keep you awake just as well.

London, April 1914. Against his better judgement, Detective Inspector Silas Quinn is attending the premiere of the new motion picture by notorious Austrian film-maker Konrad Waechter. But the glamorous event is interrupted by the piercing screams of a young woman in the street outside. She has been viciously mutilated in a horrific attack which eerily echoes a macabre act of violence in Waechter’s film.

As he questions those who attended the premiere, Quinn’s jaundiced view of the fledgling film industry as a business based on illusion and pretence, where no one is what they seem, appears to be justified. But when members of London’s Establishment start to receive bizarre hand-delivered parcels containing the strangest of contents, the investigation takes a disturbing twist.