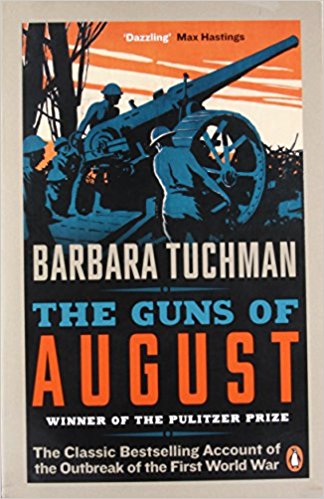 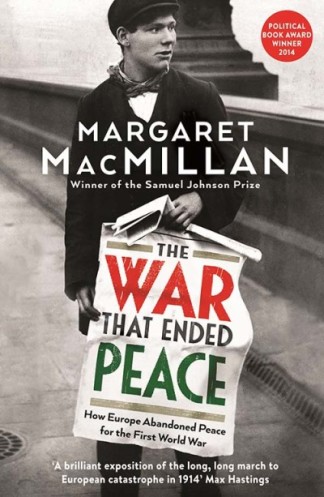 Donald Trump has been compared by some to Adolf Hitler. (I don’t know, something to do with his love for Tiki-torch-bearing Nazis and generally being a little bit fascist-y?) But reading Barbara Tuchman’s riveting The Guns of August, about the outbreak of the First World War, I was struck by the eye-popping similarities between Donald Trump and an earlier German leader, Kaiser Wilhelm II.

Take this, for starters. Tuchman’s thumbnail sketch of Wilhelm: “The Kaiser, possessor of the least inhibited tongue in Europe.” She goes on to talk about how he “had worked himself into a frenzy ending in another of those comments that had periodically over the past twenty years of his reign shattered the nerves of diplomats.”

If Twitter had been around during the Kaiser’s day, his ministers would have had daily heart attacks. Before the war, when Britain and Germany were still friendly nations, he said this of Edward VII: “He is Satan. You cannot imagine what a Satan he is!” The language may not be exactly Trump’s. Trump is more likely to say “bad hombre” than Satan. But the unguarded comment is worthy of one of Trump’s 5 a.m. tweetbursts.

Tuchman tells us that “[i]n one of his pre-war indiscretions, the Kaiser once said to a British officer at maneuvers, ‘I will go through Belgium like that!’ cutting the air with a flip of his hand.” Given that a German invasion of neutral Belgium was virtually guaranteed to draw Britain into a war – the one thing that Germany was most anxious to avoid – it was, to say the least, an ill-advised remark to make. The kind of thing that might have General Kelly burying his face in his hands.

Like Trump, who has still failed to fill many key posts, the Kaiser was not great at delegating. When tasked with appointing his chiefs of staff, he remarked: “I need no Chief. I can do this for myself.”

This picture of the Kaiser as a proto-Trump comes through in another book covering the lead-up to the Great War, The War That Ended Peace by Margaret MacMillan.

“The Kaiser was notably inconsistent,” Professor Macmillan writes. “… his violent language and outrageous statements gave observers the wrong impression.” She also describes him as “[a] man trying hard to show a forceful dominance that did not come naturally.” And again: “He was always quick to feel affronted but frequently insulted others.” As a German diplomat once observed: “He just talks himself into an opinion… Anyone in favour of it is then quoted as an authority; anyone who differs from it is ‘being fooled’.”

Or how about this, written about him in 1903 by Philipp, Prince of Eulenburg, one of his closest friends, “H.M. sees and judges all things and all men purely from his personal standpoint. Objectivity is lost completely and subjectivity rides on a biting stamping stallion.”

Professor MacMillan also comments on the Kaiser’s short attention span: “Many [ministers] grumbled… that the Kaiser was inattentive and complained if their reports were too long.” His Chancellor from 1900 to 1909 von Bülow found a way to get around this, by keeping his memos short and spicing them up with gossip.

The Kaiser was often a laughing stock abroad and the butt of satirical articles in the German press. Lord Salisbury’s view of the Kaiser was that he must be “a little off his head”. But as MacMillan points out: “if the Kaiser was a joke it was not always a very good one.”

Perhaps the most Trumpesque of the Kaiser’s gaffes was an interview that appeared in the Daily Telegraph in 1908. It was intended to restore the Kaiser’s relationship with Britain and win the British public over to his side, reassuring them that he was their friend. But he seriously misjudged the tone and was quoted as saying “the British are mad, mad, mad as March hares!” His self-pitying complaints didn’t play well with his intended audience. Sir Edward Grey, Britain’s Foreign Secretary remarked: “The German Kaiser… is like a battleship with steam up and screws going, but with no rudder, and he will run into something one day and cause a catastrophe.” The interview didn’t go down well in Germany either. As MacMillan writes, “Germans were appalled and outraged that their ruler would make such a fool of himself, and not for the first time.”

Like Trump, the Kaiser felt unappreciated, which led to a sense of grievance that, fatally, determined German foreign policy. The question is, will Trump, like the Kaiser, turn to militarism to make him feel better about himself? Wilhelm once confided to the King of Italy: “All the long years of my reign, my colleagues, the Monarchs of Europe, have paid no attention to what I have to say. Soon, with my great navy to endorse my words, they will be more respectful.” That feels chillingly Trumpian to me.