Thirst eDition Fiction is a new e-publishing venture that launches today April 23, with the release of three titles: A Proper Job by Ian Hocking, Dragonchaser by Tim Stretton and Mean, Mode, Median by Aliya Whiteley. Future titles include Basic Theology for Fallen Women by Frances Garrood and a re-launch of my own The Bridge That Bunuel Built (interest declared). The man behind Thirst eDitions is Matt Curran, who as MFW Curran is the author of the Macmillan-published fantasy novels, The Secret War and The Hoard of Mhorrer.

RM: Matt, I called Thirst eDition Fiction an “e-publishing venture”. How would you describe it?

MC: Hi Roger, “an e-publishing venture” is probably the best way to describe what we’re doing here. Or perhaps a “self-e-publishing venture” to be more exact. I’ve heard it being called a writer’s co-operative, or a “writer’s group with added benefits” even. But it’s easy to get hung up on definitions. What we’re doing here is working with commercial authors on non-commercial projects, or projects trade publishing deem as too risky to get behind under the current financial climate, but it’s the author who is driving the publication. In essence it is self-publishing but with a whole lot of support from other, commercial authors. 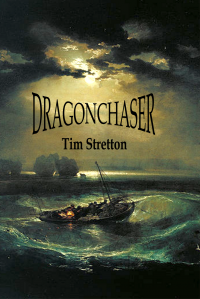 How did the idea come about? And what’s the thinking behind it?

I think to fully explain what I’m trying to achieve here, is to go back to what I did with the Macmillan New Writers blog. I set that up largely because I loved that sense of community. Here were all these wonderful new authors being published by one of the big six publishers in the world, and really we knew very little about the publishing business. We needed a place to come together in order to support each other.

With Thirst eDitions we’re not just sharing experience, but skills and reputation too, and we’re actually providing a product at the end of it: a published book. To achieve this we are following the same ethos of the Macmillan New Writers blog. That ethos is the sharing of expertise and the promotion of each others’ works. We have experienced self-published authors here; writers skilled in publicity; skilled in cover design and all with a broad collected experience of traditional publishing too. We also have a good idea of what a good book is, so we’re in the position of being able to vet each-others work and suggest changes before it goes out.

Personally, I think it’s a great idea. But then again I’m one of the authors you’ve selected to be part of the project. What exactly is the editorial policy?

In order to ensure that Thirst eDitions isn’t complicated by finance, the publishing house itself actually makes no profit whatsoever. All the royalties earned for each book sold return to the author. The only way this can happen, is that the author is responsible for the entire process of publishing, from putting pen to paper, to having the book edited, copy-edited and formatted, even straight through to the book cover.

However, the books themselves have to be of a certain standard before they can go out bearing the Thirst eDitions logo. Like all publishing houses, Thirst eDitions have readers who vet the books before they go out. The difference here is that the readers are actually the writers being published through Thirst eDitions. This might appear like an unfair gatekeeping process, but it’s actually a good thing in that, not only are we trying to protect the reputation and integrity of the community publishing, we are also trying to protect the writer’s reputation too.

Normally this vetting process will only be applied to new books, as these have not been tried or tested. Where a book has been previously published traditionally, having gone through a professional editing process already, it will not need to be vetted, nor will previously published e-books that have been successful sellers, unless enough concerns are voiced about the quality of the book and there are ways to improve it. 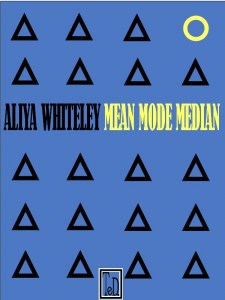 The authors and their books will initially come to us from two sources: referral or reputation. Books that are referred usually come via an agent or another member of Thirst eDitions team. Books that arrive with us via reputation will normally be self-published books that we have identified as being great books, and where we believe with our added support the book could become a better seller. In the latter case, we will contact the author and offer them membership of Thirst eDitions which they are not obliged to do – but if they do, it won’t cost them a penny. What Thirst eDitions gets in return for the author’s membership is the reputation a bestseller can give a publishing house – which is what Thirst eDitions is ultimately trading in: a reputation for good fiction. This reputation is a currency all the writers under the publishing house can spend, and is proven to boost sales.

What are the advantages for writers to publish with TeD. rather than to self-publish?

Where Thirst eDitions comes in, is with the shared knowledge, publicity and platform to get the book out there.

It is a self-publishing endeavour, but one where the author can have access to important resources in order to get the best out of that book, including advice from experienced commercial writers, a website presence and a slice of the reputation for good, quality fiction Thirst eDitions aims to build over the coming months. The writers will be actively promoting the endeavour, as well as their own books, and that includes pimping their fellow authors. It’s a real community.

It seems to me this is an entirely new model of publishing. It also seems self-evident that TeD couldn’t exist without e-publishing, and specifically without Amazon’s Kindle Direct Publishing, which makes it all so easy. Is that fair to say?

That’s a good point, and yes, it’s true. Amazon has made it much easier to become self-published, but we won’t be restricting our books to just one platform. Our aim is to get this out on iBooks, into on-line bookstores and as far and as wide as possible in as many formats as possible. I think there is a danger in allowing one supplier access to books. It makes you very uncompetitive.

Eventually it would be good to see a Thirst eDition Fiction book in print, maybe through Print on Demand, but the technology in print has to catch up first and POD has to be more cost effective than it is currently.

Which is better, e-book or printed book?

The e-book. Hah, no – obviously I would say that. In all honesty I don’t know. E-books are cheaper and more accessible. But printed books have something that e-books don’t, a physical presence, in much the same way a photograph has the advantage over digital pictures. You look at a bookshelf and the memories of reading a book or books, including where you were, how old you were, and who you were, all come flooding back to you. It’s difficult to see how an e-reader could do that.

However, printed books are expensive compared to e-books, and they are more expensive to produce. E-books are more automatic. I can see why high-street booksellers are wary of the e-book. In an impatient society, the e-book is more attractive. Having said that, I hope there is a place for both. I would hate for the physical book to turn into the vinyl of the literary world.

One of the things I’ve found hardest to nail with my own foray into e-publishing has been pricing. What’s a fair price for an e-book?

That’s a good question. Pricing e-books is something a lot of self published authors overlook – it’s the icing on the cake, but sometimes one that is applied without much imagination or thought. Price is a psychological point. It determines whether your book will put off those who don’t have much expendable cash or those who might think your book is too cheap to be entertaining. There’s also an issue of rounding up and down price points. For example, we all recognise 99p or £1.99 (and the equivalent in dollars), but £1.36 or 85p? There’s not much difference between that and £1.50 or 99p, yet it’s proven to put off-readers because these are denominations that are more fitted to groceries than buying books. The advice I’ve read is to keep it simple. Use either 50p, 99p, £1.50 or £1.99. As a rule, you wouldn’t charge more than 99p for a novella, £1.50 for a short novel, and no more than £2.99 for a full-length novel if you want to keep yourself competitive.

Apart from the sales of your own book, is it true to say that you personally are not making any money out of the books published by TeD? So why do it?

That is true (I must get my head examined!!) I guess what’s really motivating me here is the challenge, that and creating something – which is in my blood (it’s a family trait).

How will you know if the experiment has been a success? What’s your ambition for Thirst eDition Fiction?

I would really like this to be a success for the authors publishing through it. I’d love to see a few bestselling titles bearing the TeD. logo – that would be brilliant. I go back to the whole thing about reputation. It’s what we’re building here, a reputable brand of published fiction, something readers can trust. If we can get a few bestselling e-books through this endeavour then the project will be a huge success to me. But it’s also about being a shop window, and if a few gems are discovered by traditional publishers, the way Amanda Hocking was discovered for example, then that would be a success too.

1 thought on “Adventures in e-publishing part 12 – an interview with Matt Curran.”